In one giant leap for advanced prostate cancer, the US Food and Drug Administration (FDA) has this week approved two new PARP inhibitors for the treatment of metastatic castrate resistant prostate cancers which have specific genetic mutations.

What is precision medicine?

Precision medicine, which is also sometimes called personalised medicine, is a way of selecting the best treatment for a cancer patient based on their unique genetic changes. Currently, men diagnosed with prostate cancer are treated according to their cancer type and stage. But not all men respond the same way to the treatments and a treatment that works for one man with metastatic castrate resistant prostate cancer (mCRPC) may not work so well for another man with the same diagnosis.

Some of the differences seen in how a person responds to a treatment could be due to minor differences that are not seen by imaging scans or by the pathological analysis of tumour biopsy samples. These differences or genetic mutations occur at the DNA level. Two men diagnosed with mCRPC might have very different genetic mutations in the cells of their tumours that could influence the way they will react to different treatments. We wrote in detail about precision medicine in our December 2019 blog which you can access here. 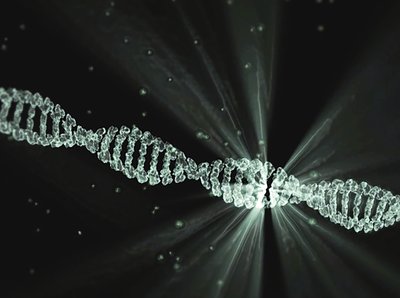 What are PARP inhibitors?

PARP inhibitors are a group of drugs which block the activity of a family of proteins called poly ADP ribose polymerases (PARP). PARPs are enzymes that have several roles in the cell including repairing damaged DNA. This is an important function because if the DNA of a cell becomes too damaged, the cell will die.

In treating cancer, we want the cancer cells to die and potentially we help this happen by using a PARP inhibitor to block the DNA repair actions of PARP. But cells are very clever, they have more then one way of repairing damaged DNA and often a PARP inhibitor alone is not enough to cause cell death. However, cancer cells often have DNA mutations and scientists have found that PARP inhibitors are more effective at killing cells which already have certain mutations.

There are several different PARP inhibitors currently available in Australia, Olaparib, Niraparib and Talazoparib. These are only available for use in one or more types of cancers of the breasts, ovaries, fallopian tubes or peritoneum. They have been found to be most effective in patients who have mutations in the breast cancer susceptibility genes (BRCA1 and/or BRCA2).

Even though PARP inhibitors are available in Australia, they cannot be used for men with prostate cancer until extensive clinical trials have been completed to show they are safe and effective for men.

In our December blog, we wrote about the results of a phase II multicentre randomised clinical trial called TOPARP-B which was the first study to ask whether a genetic test could identify a group of men with metastatic castration resistant prostate cancer (mCRPC) who would benefit from olaparib treatment.  Men in the study were given a genetic test. Those who tested positive for mutations in one or more of the following DNA repair genes, BRCA1, BRCA2, ATM or CDK12 were then treated with olaparib. This study found that olaparib showed anti-tumour activity against mCRPC tumours with mutations in DNA repair genes. It was particularly effective in tumours which had BRCA1 and/or BRCA2 mutations.

Further encouragement for the use of olaparib for men with mCRPC has come from the ongoing Profound phase III multicentre randomised clinical trial. This study is looking at the effects of olaparib on men with DNA repair mutations whose cancers have progressed after hormone therapy with new hormone therapy drugs like enzalutamide and abiraterone. So far, the study suggests that olaparib treatment significantly improves both progression-free survival and overall survival in men with BRCA1/2 or ATM gene mutations. In a press release in April this year, José Baselga, Executive Vice President, Oncology R&D at AstraZeneca, said: “Overall survival in metastatic castration-resistant prostate cancer has remained extremely challenging to achieve. We are thrilled by these results for Lynparza (trade name for Olaparib) and we are working with regulatory authorities to bring this medicine to patients as soon as possible.”

This week the US Food and Drug Administration (FDA) approved the use of Olaparib and Rucaparib for the treatment of prostate cancer based on the TOPARP-B, Profound and TRITON2 clinical trials. This is exciting news which carries the promise that precision medicine treatments for men with mCRPC are around the corner. Potentially, a simple genetic test would help clinicians decide who would benefit from PARP inhibitor treatments and who would not.

These latest developments bode well for universal acceptance of PARP inhibitors as an effective treatment to combat metastatic prostate cancer, with clinical trials currently underway in a number of countries. Locally, we know that researchers, pharmaceutical companies, and federal authorities are in ongoing discussions about the use of olaparib for prostate cancer treatment here, with the drug already approved by Australia’s Therapeutic Goods Administration (TGA) for use in treating some female cancers. Stay posted for more information as news comes to hand.

PCFA will continue to advocate for affordable access to new treatments like these and invest in life-saving research to ensure no man dies before his time.