Dust from the World Trade Center site may have affected the prostate glands of responders.

It’s claimed that responders to the World Trade Center site after the 2001 attacks have an increased rate of prostate cancer. But the evidence so far has been unclear. A new study has found that exposure to dust from the site can affect prostate glands. This research delivers important clues to the changes in the prostate gland that occur when exposed to toxic substances.

Two of the strongest risk factors for prostate cancer are age and family history. This is also true of many other types of cancer. There is not much we can do about either event. They are known as non-modifiable risk factors.

One way to reduce our risk of getting cancer is to reduce modifiable risk factors. These are aspects of our lives that put us at risk, but that we can potentially change.

A landmark study identifying risk factors for cancer was published in the journal Lancet in 2005. This study looked at the causes of all cancers in a world-wide setting. The researchers identified the top 9 risk factors behind the 12 most common cancers. Of about 7 million deaths in the world from cancer in 2001, they estimated that 35% were attributable to 1 or more of these 9 potentially modifiable risk factors. These risk factors are: 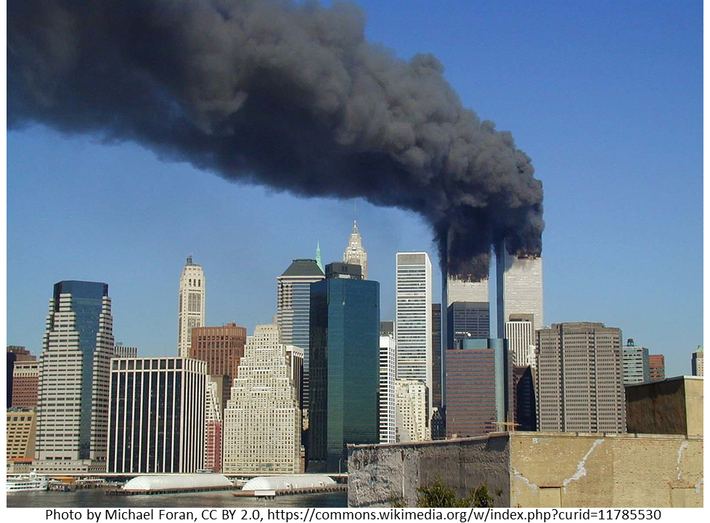 The same study calculated the proportion of cancers that can be attributed to each risk factor - in high-income countries. This list is: smoking (29%), alcohol use (4%), low fruit and vegetable intake (3%), overweight and obese (3%), low physical activity (2%), urban air pollution (1%), unsafe sex (1%), contaminated injections (<0.5%) and indoor smoke from solid fuels (0%).

This research tells us that if we want to reduce our chances of getting cancer, we should try to avoid smoking, alcohol, being overweight, unsafe sex and air pollution. We should also increase our exercise levels and eat fruit and vegetables. These results also indicate that air pollution is contributing to about 1% of cancers in high-income countries such as Australia.

Urban air pollution is considered a modifiable risk factor for cancer. But in reality, it’s very difficult for people to reduce the amount of air pollution that they are exposed to. Millions (possibly billions) of people live in urban environments. Improving urban air quality for all these people is an important issue, but one that is mostly outside of the control of cancer researchers.

If we can find out what specific substances in air pollution are causing cancer, it would be a lot easier to do something about the problem. An example of this working, is evidence that lead contamination from petrol was affecting children’s mental development and kidney function. Due to this evidence, unleaded petrol was brought in to reduce the problem. In the past decades, the use of many chemicals has been phased out due to their potential to cause cancer.

Could air pollution be one cause of prostate cancer? What we breath in may enter our blood stream. Since our blood carries oxygen and nutrients to all of our body, then some toxic materials present in air have a chance of reaching and affecting organs such as the prostate. Although there is logical reasoning to believe that this is feasible, it’s still a long way from being evidence that it actually happens.

After the attacks on the World Trade Center in 2001, many people attended the site. A “responder” is defined as a worker or volunteer who provided rescue, recovery, debris cleanup, or related support services in the aftermath, but was not affiliated with the Fire Department of the City of New York (according to the World Trade Center Health Program).

The 2001 attacks exposed people to many toxic substances. These include soot, benzene, gaseous organic compounds from jet fuel, asbestos, dioxins, silica, heavy metals and numerous others. Some of these substances are known to be causes of cancer, when exposure is at sufficiently high concentration.

Did this toxic dust cause cancer in responders who attended the disaster site? This has been the subject of much debate and scientific enquiry. Certainly there have been many health issues identified in responders. There is an indication that increased risk of prostate cancer is one of them, but the evidence is unclear. Over the 12 years after the attacks, male responders have an increased rate of prostate cancer diagnoses compared to men who did not attend the site. Prostate cancer cases were 1.65 times higher in responders. This means that for every 100 cases in non-responders, we would see 165 in responders. But the authors of this study are unsure if this is a real increase in the amount of men with prostate cancer, or that these men are just being tested more. The more men who have PSA tests, the more prostate cancer is diagnosed. This will include low-risk tumours. It’s possible that twice as many responders are having regular PSA tests as non-responders, producing a higher rate of diagnoses. But we don’t yet know the truth.

A new study has been published that asks whether dust from the World Trade Center site could be causing an increase in prostate cancer cases. A group of scientists from New York have collaborated to perform this study.

They started by examining samples of tumour cells from responders. Male responders who were subsequently diagnosed with prostate cancer donated samples of their removed prostates. The researchers studied samples from 15 responders, comparing them to prostate tumours from similar men who were not responders. They studied the use of genes in these tumour samples. The genomics technology they used could tell if different genes were switched on or off. Tumours from responders had changes in genes used in immune responses and in cell division processes.

The researchers then accessed dust samples from the World Trade Center site. They exposed rats to this dust to study the effects on the prostate gland. Rats were exposed to the dust equivalent to a high dose that a human would have received at the time. The prostate glands from dust-exposed rats had differences in the range of genes used, compared to normal rats. Again, differences were seen in immune cells. Many of the prostates from exposed rats had high usage of genes for immune responses. But there was a wide variety in the specific genes used, rather than a consistent pattern.

The researchers concluded that the changes that they’ve seen could contribute to prostate cancer. But much more research is needed to confirm this finding.

This study is significant because it’s the first to detect changes in the prostate that support the proposal that dust from the site is one cause of prostate cancer. This research shows that breathing in a toxic dust can lead to changes in the prostate, albeit in rats. It also shows that human prostate tumours in people exposed to the toxic dust have some differences compared to tumours from unexposed men. But there are many different compounds in the dust. We don’t yet know which ones are responsible, and which changes contributed to the cancer, if they did. Hopefully this research will be followed-up with more studies, to attempt identification of specific toxic substances that we need to avoid to reduce the chances of getting prostate cancer.