In a ground-breaking discovery for men with aggressive prostate cancer, Australian scientists have found a new way to make prostate cancer cells that have spread to bone more visible, so that the immune system can more easily recognise and kill them.

The scientists found that the use of an existing drug could reprogram cancer cells to produce proteins that make the cells identifiable for targeting by immune cells. Impressively, the therapy not only blocked the growth of cancers in the bone, it also established immune memory, serving as greater protection against cancer recurrence. While further research is still needed, this approach may one day be used to make immunotherapy more effective for the treatment of aggressive prostate cancers. 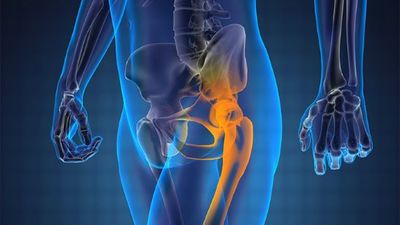 It is very difficult to detect dormant cancer cells. These tumours are often small and don’t produce symptoms, so patients are often unaware of them and conventional diagnostic tools are unable to “see” them. Dormant cancer cells also commonly operate in slow-metabolism mode, so even sophisticated diagnostic techniques, such as PET scans, may not pick up these tumours.

Interestingly, the real challenge lies not just in detecting these dormant cancer cells, but in stopping them from “waking up” and growing into large destructive tumours.

The project was led by scientists at the Peter MacCallum Cancer Centre, in collaboration with LaTrobe University, Garvan Institute of Medical Research and the University of Melbourne. Click here to read more about the project.

The scientists used a mouse model of prostate cancer to study dormant cancer cells in bone. In this model prostate cancer cells called RM1 cells were injected into the mice. These cells move through the blood and settle on the bones where over time they form bone metastases. Animal models like this are very important for scientists to study diseases like cancer. Before being injected into the mice, the RM1 cells were modified with a special dye system that allowed the scientists to “see” the cancer cells in bone using PET scans and differentiate dormant cancer cells from those that were growing.

The scientists were able to locate areas of bone harbouring prostate cancer cells and remove the cells to study the differences between dormant and growing cells. To do this they used a sophisticated state-of-the-art single cell sequencing technique that allowed the characteristics of individual cells to be examined. They found important differences between the cells.

Prostate cancer cells that had remained dormant in the mouse bones were found to express genes that made the cells susceptible to being attacked by the mouse’s immune system, but in the growing cancer cells, these genes had been switched off. Many of these genes make proteins that are part of the important type I interferon (IFN) pathway. If IFN is inactive, the immune system does not see the cell as a threat so it will ignore it allowing the tumour to continue to grow.

The scientists went on to study prostate cancer bone metastasis samples removed from men being treated for castrate resistant prostate cancer. These men generously agreed to donate samples of their cancer for medical research. The scientists compared the primary tumours removed from the prostate with the bone metastasis tumours and found that genes associated with immune response including those associated with IFN signalling were reduced in the metastasis samples compared to the primary tumour.

‘The confirmation that IFN was important for outgrowth of bone metastases in men with prostate cancer prompted us to look for ways to reactivate IFN production in the actively dividing cancers,’ says Dr Katie Owen from Peter Mac, who led the study.

From their observations in the mouse and human studies, the scientists hypothesised that restoring IFN function would stop the cancer cells that were growing in bone. They decided to test drugs from a family of drugs called HDAC inhibitors. HDAC inhibitors have many effects on cancer cells and make them more susceptible to being attacked and killed by the immune system.

Through a series experiments, the research team found that the HDAC inhibitor Entinostat effectively restored IFN function and prevented the growth of prostate cancer cells in bone by increasing immune signals in the cells. In the mice studies, Entinostat was found to reactivate IFN in prostate cancer bone metastases slowing their growth and increasing the survival time of the mice when compared to mice not treated with the drug.

Importantly, Entinostat treatment was seen to trigger the activation of specific T cells that can kill tumours. When the drug was combined with an immune activator bone metastasis was completely eliminated.

‘We have now identified how prostate cancer cells persist in bone, by specifically blocking immune proteins that reduce their visibility to the immune system. This opens the doors for new therapeutic approaches aimed at releasing the brakes on these immune pathways to target the cancer cells for immune destruction’ says Associate Professor Belinda Parker.

‘Future research will confirm whether use of agents that turn on IFN signalling in prostate cancer cells, including HDAC inhibitors, can be harnessed to offer new therapeutic opportunities in men with no current treatment options to combat bone metastasis through immune signalling restoration at the tumour cell level.’

The results from this study provide important information that can be built on to develop new treatments for men with advanced metastatic castrate resistant prostate cancer.

“This is a call to action," says PCFA CEO Professor Jeff Dunn. "Deaths from prostate cancer are avoidable, and we must not slow down the pace of work until Australia's fathers and sons are saved from this disease.

How can you help?

This ground-breaking study was funded through a partnership with PCFA and the Movember foundation as a Movember Revolutionary Team Award. PCFA’s research program funds many projects like this that are crucial to understanding prostate cancer and how it can be better detected and treated. Our work is dependent on the generous support of the Australian public. Consider donating to prostate cancer research today and help us to support men with prostate cancer, their partners and families.