The Effects of Exercise on Depression in Men with Prostate Cancer Undergoing Androgen deprivation th...

Androgen deprivation therapy (ADT) is a common treatment for men with prostate cancer. Whilst it has proven effective for cancer control, it is also associated with a myriad of adverse physiological effects, including osteoporosis, reduced muscle mass and strength. Importantly, men with prostate cancer and depressive disorders are less likely to undergo definitive therapy and are at increased risk of suicide.

During the year long study, participants were randomly allocated to one of 3 groups:

There were three important findings of the research, namely:

(1) Various modes of supervised exercise were effective in improving psychological wellbeing in men with prostate cancer on ADT.

(2) Men with the highest level of psychological distress improved the most as a result of exercise.

Importantly, the positive improvements in elements of psychological health in this study were largely a result of the supervised portion of the exercise program in each group. Thus, elements of a supervised exercise program such as social interaction with peers and professionals, learning new skills and receiving positive feedback may contribute to improvements in symptoms of distress.

As expected, the intervention also improved physical function. These changes are clinically significant, as ADT is associated with reduced muscle strength, functional performance, balance, and musculoskeletal health, thus increasing the risk of falls and fractures in participants undergoing the treatment. Interestingly, all exercise modes led to similar improvements in physical function, suggesting that patients on ADT can benefit from an array of exercise programs when supervised and at appropriate intensity and dosage.

In summary, various exercise modes, when supervised, are effective in improving psychological health in men with prostate cancer on ADT. Moreover, those study participants with the highest level of psychological distress improve the most. 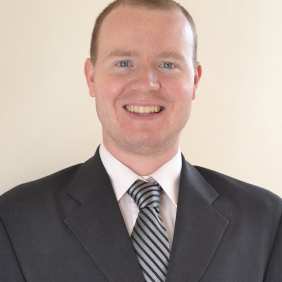 Kalli Spencer is an internationally renowned Urological Surgeon, specialising in oncology and robotic surgery. He trained and worked in South Africa, before relocating to Australia where he has worked at Macquarie University Hospital and Westmead Hospital. His passion for what he does extends beyond the operating room, through public health advocacy, education and community awareness of men’s health, cancer and sexuality.

Kalli has been involved with the Prostate Cancer Foundation of Australia for many years, advocating for improved cancer care and facilitating community prostate cancer support groups.