What are PARP inhibitors and why are scientists excited about them?

DNA defects are the main cause of cancer. To help prevent cancer, the human body has a cell process called DNA repair. If mutations and other defects arise in DNA, the DNA repair process can fix them. A team of proteins scans the DNA, looking for damage and repairing it. Unfortunately, DNA repair doesn’t work sufficiently for some people, leaving them at higher risk of cancer. The proteins that repair DNA in these people have mutations, reducing their repair ability. Cells with faulty DNA repair collect defects in their DNA at a faster rate than normal, increasing the risk of cancer.

PARPs are proteins that take part in the DNA repair process. PARP stands for Poly (ADP-Ribose) Polymerase. PARPs are a target of new drugs designed to kill cancer cells, called PARP inhibitors. Since some types of cancer cells have faulty DNA repair mechanisms, targeting the DNA repair system is a promising way of targeting cancer cells, whilst leaving normal cells untouched. Inhibitors of PARPs are currently being tested to ask whether they can be a treatment for prostate cancer.

There are five different kinds of PARP inhibitors that have been tested for cancers with solid tumours. These are Olaparib, Rucaparib, Niraparib, Veliparib, and Talazoparib. Olaparib (Lynparza) is the best known of these. These drugs are all different, but they work through a similar method – by inhibiting PARP proteins that are involved in DNA repair. These five new drugs are being made and tested by five different pharmaceutical companies. Competition like this can be useful for patients waiting for new treatments. It increases the chances that a new drug will be successful and have acceptable side effects.

PARP inhibitors are not going to work for all men with prostate cancer. They are considered a precision medicine. PARP inhibitors will probably only work for men with defects in their DNA repair mechanisms. Ideally, a DNA test (through blood or tissue samples) could be used to identify men for whom PARP treatment will be effective. Around 12% of men with metastatic prostate cancer carry DNA repair gene defects. However almost 30% of men with metastatic castration resistant prostate cancer have tumours with these gene defects. These men may benefit from drugs that target cancer cells via the DNA repair process.

Olaparib (Lynparza) is a breast and ovarian cancer drug that is being trialled for prostate cancer patients. It’s already available in Australia for patients with ovarian, fallopian tube or peritoneal cancer, if they have a BRCA gene mutation. Olaparib is approved in Australia for women with advanced high-grade ovarian cancer who carry BRCA1 or BRCA2 gene mutations. Availability for these cancers is possible because clinical trial evidence has demonstrated both safety and effectiveness for these specific tumour types.

The way by which Olaparib kills cells with defective DNA-repair is oddly counterintuitive. Olaparib increases DNA damage. The drug inhibits the actions of PARPs that repairs DNA. So why would we want to cause even more DNA damage? It turns out that if you stop PARPs working, you get so many breaks in the DNA that the cell cannot repair them, and it dies. This should only work in cells that already have DNA-repair defects, so the normal, non-cancerous cells are unaffected. It’s an ingenious way to target cancer cells whilst protecting normal cells.

Numerous clinical trials have tested PARP inhibitors for metastatic prostate cancer. There are also many ongoing trials with results due soon. PARP inhibitors have been tested as individual treatments as well as in combination with existing drugs. Most of these trials have recruited men with late-stage disease, known as metastatic castration resistant prostate cancer. A new review article has compared results from these trials to highlight the progress of PARP inhibitor drug development. Herein I’ve summarised the key details from this review of clinical trials.

Olaparib reduced PSA levels and delayed cancer progression in the TOPARP trial. 100% of men in this trial who had mutations in BRCA2 and FANCA genes benefited from Olaparib treatment. Side effects from Olaparib included anaemia (reduced red blood cells) and fatigue in some patients.

Rucaparib reduced PSA levels in the TRITON2 trial. Almost half of the men with BRCA1 or BRCA2 mutations had their PSA levels drop and 44% saw tumour size reduce on scans.

Niraparib reduced PSA levels in the GALAHAD trial. 57% of these men (all who had DNA repair gene defects) benefitted from Niraparib. Side effects included anaemia (low red blood cells) and low platelets.

Talazoparib is being tested in the TALAPRO-1 trial, but results have no yet been reported.

Veliparib was tested in combination with a chemotherapy drug. Unfortunately, only 2 of 25 patients benefited from this drug combination.

In addition to these trials, PARP inhibitors have been tested in combination with other drugs for men with metastatic prostate cancer. This approach has had mixed success. There are a number of promising combinations of drugs that are currently being tested. Olaparib and Abiraterone were shown to work well together in a phase 2 trial described by a previous blog. Interestingly, this combination seemed to work for men even without DNA repair gene defects.

Although phase 2 trials are necessary for development of new drugs, they are not sufficient for final approval. For metastatic castration resistant prostate cancer, regulatory bodies usually require data from phase 3 clinical trials demonstrating that the new drug:

Phase 3 clinical trials are much larger than phase 2. These trials test the new treatment for 100s, or even 1000s of men over a long period of time. They are usually performed at multiple clinics, preferably in multiple countries. 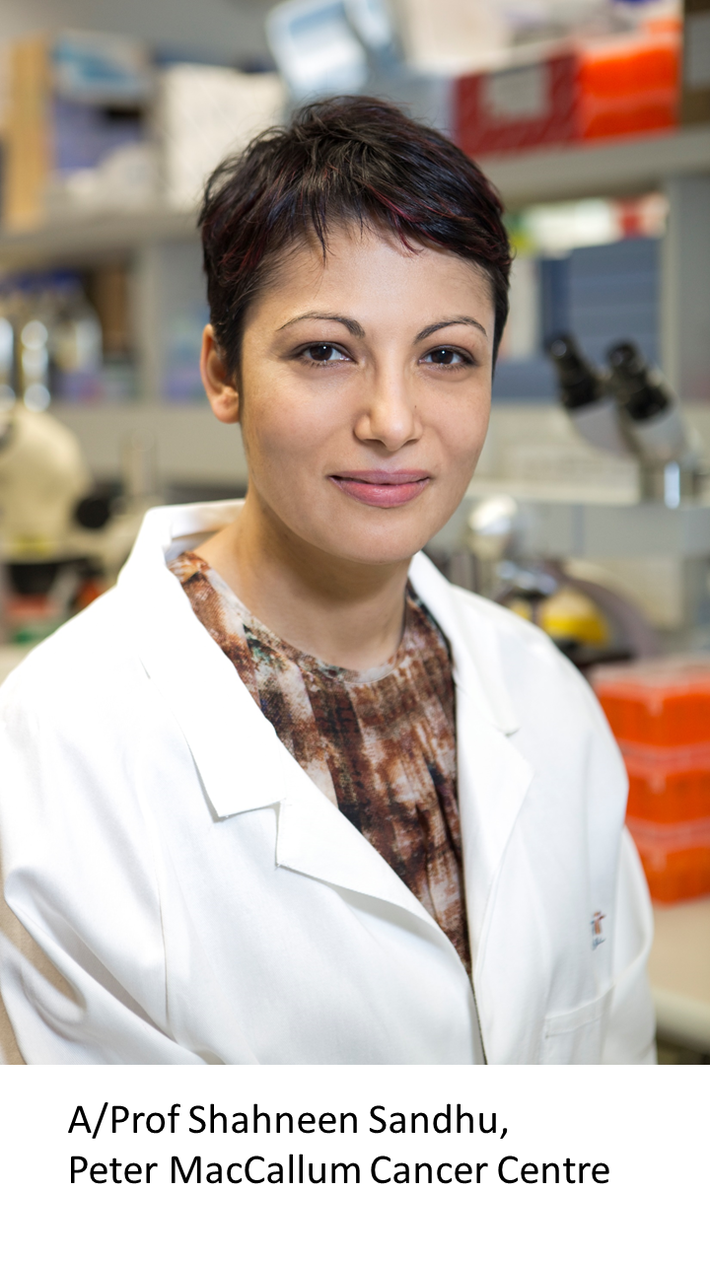 PROfound trial  Olaparib is being tested in the PROfound trial by men with metastatic castration resistant prostate cancer who have DNA repair gene defects. Treatment with Olaparib is being compared to Enzalutamide or Abiraterone. Initial results from this trial have recently been reported at the ESMO conference in Europe. Olaparib slowed the progression of prostate cancer in these men compared to the other treatments. Early result also indicated potentially increased survival times. This trial will need to continue for longer to be sure of the survival benefit. We look forward to presenting a research blog on this trial once these results are published. If successful, this trial could provide results that make Olaparib the first approved precision medicine for prostate cancer.

“We have entered the era of personalised treatment for men with advanced prostate cancer. In PROfound trial, patients with alterations in a range of DNA repair genes in particular BRCA1 and BRCA2 benefitted from Olaparib. Based on the emerging data on anti-cancer activity of PARP inhibitors and the know incidence of DNA repair gene defects in men with metastatic prostate cancer, many countries are recommending that all men with metastatic castration resistant prostate cancer to undergo germline and tumour testing. Much work still needs to be done to implement these tests as part of routine care.” A/Prof Sandhu

Keylink-010 trial This trial is testing a combination of Olaparib and the immunotherapy Keytruda. Men in this trial did not need to have DNA repair defects. The trial is asking whether the Olaparib plus immunotherapy combination will work better than current treatments.

The TRITON3 trial is asking whether Rucaparib is more effective that other treatments for men with metastatic castration resistant prostate cancer with DNA repair defects.

The TALAPRO-2 trial is asking whether Talazoparib added to Enzalutamide improves outcomes for men with metastatic castration resistant prostate cancer.

The MAGNITUDE trial is testing a combination of Niraparib and Abiraterone. Men joining this trial have prostate cancer that has progressed and spread despite hormone therapy, but have had no further therapies.

How to join clinical trials

If you have prostate cancer and wish to join a clinical trial, your treating clinicians are the best source of information on how. Phase 3 clinical trials such as the ones described above sometimes recruit men from Australia. But this happens through a select few clinics.

Clinical trials have very tight requirements for recruitment. These restrictions are necessary to increase the likelihood of success, leading to new drugs entering the market. Unfortunately, it can be quite distressing for men wishing to join a trial, only to find out that they don’t meet the requirements. But without these requirements, we would be less likely to have new drugs for prostate cancer.

Clinical trials recruiting patients in Australia must be registered at the Australian New Zealand Clinical Trials Registry. You can search this registry (with a bit of practice) using this link. If you find a trial that you are interested in joining, it’s best to print the details and discuss with your doctors.